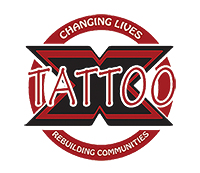 One Third of People Regret Their Tattoos

One Third of People Regret Their Tattoos

Nearly a third of people with tattoos regret getting one, according to a small new survey out of the United Kingdom.

The survey findings, presented at the annual meeting of the British Association of Dermatologists, showed that men were more likely to have tattoo regret than women.

Tattoo regret was also three times more likely among men if they got their tattoo before reaching age 16, according to the survey. Meanwhile, the demographic least likely to regret a tattoo was women who got their tattoo after age 21.

But even though tattoo regret was relatively common among the study participants, not even half of those with tattoo regret said that they would get it, or them, removed, the researchers found.

“From our research we found that many of the people we questioned regretted their tattoo/s, therefore we’d encourage members of the public to have a ‘cooling’ off period or to seriously think about what effects getting a tattoo may have on their lives in the future,” study researcher Dr. Caroline Owen, a consultant dermatologist for the East Lancashire Hospitals NHS Trust, said in a statement.

The survey included 580 responses (53 percent men, 47 percent women) from people ages 16 and older (half of them were older than age 40), who had visible tattoos and visited the dermatology department East Lancashire Hospitals NHS Trust over a six-month period.

Tattoos that were on the upper part of the body were the most likely to be regretted, the survey said.

In 2006, Northwestern University researchers conducted a study of 500 people ages 18 to 50 and found that about 25 percent of them had tattoo regret, with 17 percent actually thinking about having their tattoo or tattoos removed.

“These data indicate there is a sizeable population of persons interested in tattoo removal, and that supports ongoing research on pigment composition, labeling and removal methods,” the researcher of that study, Dr. Anne E. Laumann, associate professor of dermatology at Northwestern’s Feinberg School of Medicine, said in a statement.

According to the Mayo Clinic, tattoo removal can be completed either by surgery, laser surgery or dermabrasion — and should never be attempted on your own. Possible health risks of having a tattoo removed include infection, discoloration of the skin and/or scarring.

“In the hands of an untrained individual, a laser can cause scars, burns, scars and other forms of damage to the skin and underlying tissue,” Allen Falkner, who is the owner of Fade Fast Laser Tattoo Removal, told LiveScience. “However, if the machines are operated by qualified and trained technicians working under the supervision of a medical director, the procedure is actually quite safe.”

LiveScience also reported that tattoo removal can be quite expensive, costing as much as 10 or 20 times more than the actual tattoo cost.